A number of modern workboats have been built - mostly narrow boats - either with the intention of genuinely using them for work, or because they wanted to perpetuate a design or have a match to make a 'pair' with a historic boat. All these reasons are commendable and, because todays modern boat is likely to become tomorrow's history, I include them here. Another reason for including them here is so that people can identify them rather than assume they belong to one of the older fleets. What are NOT included here are any 'replicas' built purely for pleasure/conversion without any intention of using them commercially. I would like to hear of any other new ones - preferably with a photo to use! Thanks.

ASHWORTH was built in the mid 1980s by John & Pat Rickaby for their own use and is of fully welded construction. I believe she has since been converted for residential use - prior to ever carrying regular loads. 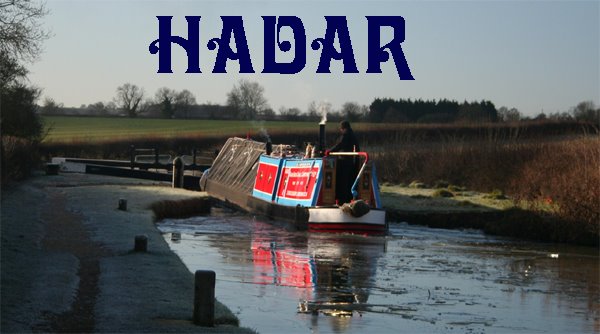 HADAR is a modern built narrow boat used for carrying diesel and solid fuel. Based on the Leicester branch of the Grand Union Canal. More details at http://narrowboathadar.blogspot.com/

JUNIPER is modelled on the Severn and Canal Carrying Company craft such as WILLOW (see elsewhere on this site) - all of which are named after tree types. She is a good enough replica to make even the cogniscenti look twice. This is because the SCCC fleet were unusual in being welded steel construction, rather than rivetted, and so makes such replicas easier to build.

NELSON was built in the mid 1970s for the purpose of fender making and rope sales. She was modelled on the former British Waterways 'Admiral Class' - probably for similar reasons as JUNIPER, in that the BW boats were also of welded construction. Her name continues the sequence of alphabetical naming. I believe she has since been converted for residential use - but confirmation and/or a photo would be welcome...

NEWBURY & NEWDIGATE both built, and used extensively for coal carriage by JR & ME Forth. NEWBURY (built by Simon Wain, Steve Priest et al?) was a year or two old when John and Madeleine bought it in the mid 1980s. After later owning ex-GUCCC butty METEOR for the same purpose they decided that two motor boats would suit their trade better and so they had NEWDIGATE built by Barry Morse to their own specification. These two boats have probably done more than many of the individual boats of the old carrying fleets and deserve our respect. NEWBURY has been extensively reworked and converted, since John's demise and Maddy's retirement, and was sold in 2010.

ROYDEN was built in the mid 1980s by Paul Barber (in his pre-barge building days) for his own use in the retail diesel trade. It is of fully welded construction and I believe she has since been converted for residential use - but confirmation and/or a photo would be welcome...

Butty TENACIOUS and a fully cabinned motor. A modern pair of boats - with workshop on board for 'Traditional Engine Specialists'. Bearing the RN insignia on the cabin too.

A new butty built to pair with a modern motor boat at Trent Lock in 2019. Name unknown.

I didn't quite catch what Ultima and Thule were up to at Trent Lock 2018 - but anybody who gets a new butty built probably earns their place here!